I think my wife and I have only been to the mall together about three times. We tend to feel uncomfortable there. First of all, if I could be honest, we can’t afford to shop there (we are missionaries), and second, we are unsettled by the materialistic ethos and idolatry  that it contains. Let me explain.

As I reflect on my last walk through the mall, I remember the romantic feel of every image displayed: humans flaunting items that made them even more beautiful, popular, and worthy of attention. I remember not only feeling attracted to them myself, but also feeling the pressure to conform to the image that was being displayed.

The spiritual nature of this environment became clear to me when I came across the Apple store. As I stared through the window, my attention was drawn to the many customers who were smiling while their eyes were glued to their gadgets. Outside of the store, dozens of people walked while hypnotized, as it were, to their phone screens. Returning my gaze to the Apple store, my attention was taken by a flat-screen displaying these words: “What will your verse be?” 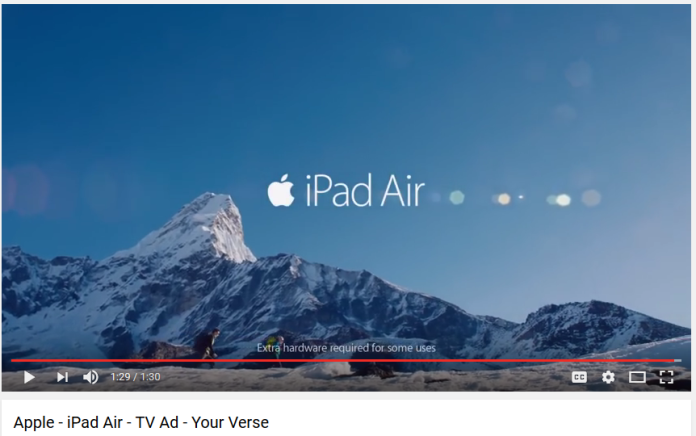 Now, I don’t know about you, but that is a deep question for me. As the video progresses, humans from a variety of different cultures and walks of life were shown engaging their sacred cultural activities in flashes. After every flash, folks from the same people group were shown using Apple technology to connect with an activity, namely a cultural activity. The narrator asked deep existential questions, things pertaining to the meaning of life and to one’s personal narrative. The narrator’s voice then progressed from gentleness to passion as it culminated with a challenging question: “The powerful play goes on and you may contribute a verse… what will your verse be?”

Very captivating video! Life, destiny, legacy; what will my verse be? But then it hit me: Apple’s persuasion to become a consumer of its products was being done subtly through this video. The way the images were used and the way in which the question was posed forced me to think and feel insignificantly about myself: my identity and purpose was being questioned while the video displayed images of fulfillment. The video strongly communicated the message that there is more to life than what I had previously thought and it implied quite clearly that one step toward attaining this meaning was the  electronic products it was promoting. In a nutshell, through this video, Apple expressed itself as a sage at whose feet I could discover myself. Accordingly, the biggest sin would be for me to not take the next step toward self-discovery and story-making which would only be accessible through Apple’s items.

As I looked around the mall I saw that Apple was not the only company marketing its item in this fashion but that it was one among many. The images of perfect human bodies decorating themselves with the products of each store were reminiscent to the statues of the gods from Greek mythology: pillars in front of doorways, inviting the people to come into temples. In these “sacred spaces,” people were being persuaded that they would find meaning, purpose, and destiny.

That day, I saw people conforming to images. It became very clear to me that it was a holy day in the mall and that the congregation inside of it was celebrating the day by sacrificing their money at the altar of each temple. My understanding of the mall as a center of consumerism began to fade and a new image became very vivid: the mall was not just a hotbed for consumption; it was a temple full of contemporary gods on high places, on the hilltop where the public came to worship.

I don’t think Beth and I purchased anything. We left. We decided to go across the street to a second hand shop and do our shopping.